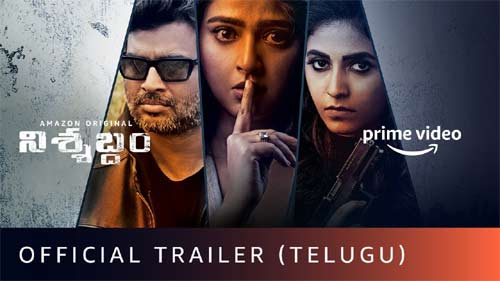 The trailer for Anushka and Madhavan’s soon-to-release suspense thriller, Nishabdham, has been launched by Rana Daggubati this afternoon. The slickly cut trailer piques everyone’s curiosity with its suspense factor and intriguing premise.

In Nishabdham, which is entirely set in the US, Anushka plays Sakshi, a mute and gifted artist. Madhavan plays a celebrated violinist. The eerie happenings and the investigation that takes place when Anushka’s friend Shalini Pandey goes missing on their engagement form the main narrative.