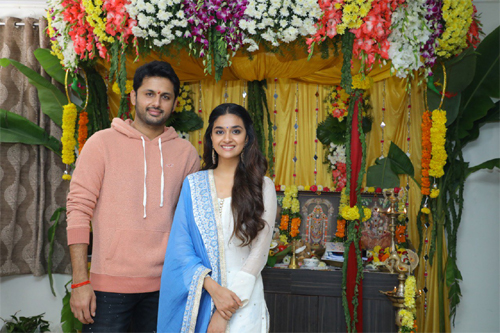 Hero Nithiin and award-winning actress Keerthy Suresh will next be seen in the breezy romantic entertainer, Rang De. The film is being eagerly awaited by the fans of both the stars. Meanwhile, both Nithiin and Keerthy are all set to share screen space with each other yet another time, if the latest reports are anything to go by.

Apparently, Keerthy Suresh has been roped in for the female lead’s role in Nithiin’s ambitious project till date, Power Peta. The film’s director Krishna Chaitanya reportedly watched Rang De’s rushes and decided to sign on Keerthy as he believed that the actress will bring in the required emotional depth in his film.

Power Peta will be going on floors soon after the shootings resume. Stay tuned for further updates.