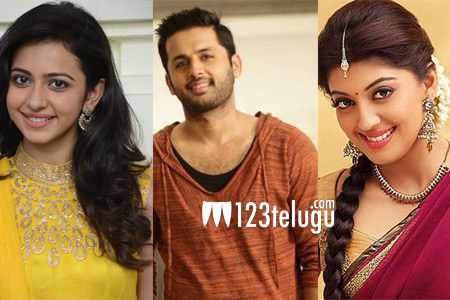 123telugu had already reported that young hero Nithiin will be teaming up with debutant director Venu Mallidi for a romantic entertainer. The film will be launched once Nithiin’s A..Aa is completed. Nithiin’s father Sudhakar Reddy will be producing the film under his Sreshth Movies banner.

It is well known that Rakul Preet Singh will be romancing Nithiin in this film. As per the latest buzz, yet another young beauty, Pranitha Subhash, too has been in talks for a crucial role. Veteran DOP Chota K Naidu will crank the camera for this film, which has its story written by Veligonda Srinivas.