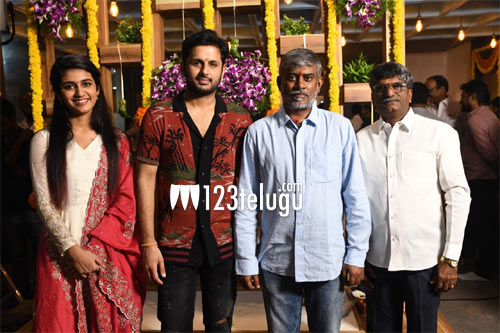 Months after Nithiin revealed that he has signed a film with Chandrasekhar Yeleti, the film was officially launched earlier today in Hyderabad. To be produced by Bhavya Anand Prasad, the film is expected to be another intriguing project by acclaimed director, Yeleti.

Interestingly, Nithiin is all set to team up with Rakul Preet in this film and it is the first time that the two actors are teaming up for a film. On the other hand, Yeleti finalized Priya Prakash Varrier to play the other lead role.

M M Keeravani is going to score music for this film. More details are awaited.