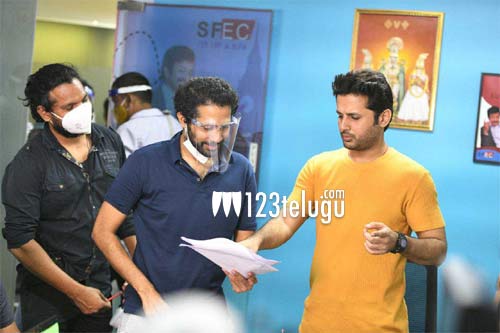 Rang De is a film that many are waiting for as it has the magical combination of Keerthy Suresh and Nithin as a lead pair for the first time on screen. The film is being directed by Venky Atluri and has completed almost 80% of its shoot.

Due to the lockdown, the film was halted with its shoot. The latest we hear is that the film’s crew has started back its shoot today in Hyderabad with all the safety measures. The small teaser which was out also helped the hype of the film in a big way.

What’s so special is that the makers have revealed that the film will be coming out during the next Sankranthi 2021. Already, Sankranthi is filled with films like Vakeel Saab, KGF 2, and now this film being announced is good news for the movie lovers.