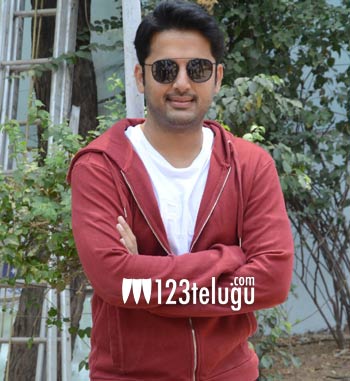 After a gap of one year, Nithin launched three back to back projects with noted directors. One of them is Bheeshma which is being directed by Venky Kudumula.

The shooting of the film is on in full swing and the latest we hear is that Nithin has started his part of the dubbing today. The talk is that the makers are planning to release the first look teaser very soon.

Rashmika plays the female lead in this film which is touted to be a romantic comedy with family sentiment. More details of this film will be revealed at a later stage.