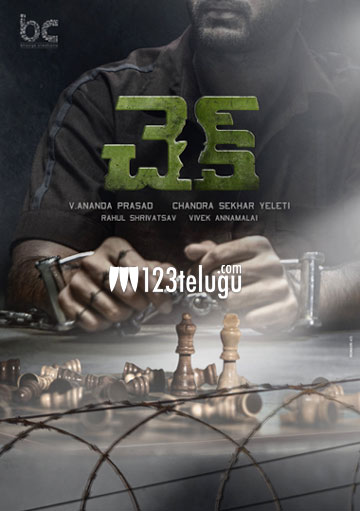 We had already reported that Nithin’s film with Chandrasekhar Yeleti will be titled Check. As reported, the makers have today revealed the first look of the film.

Titled Check, the first look poster is intense and shows Nithin in a prisoner’s get up. The latest we have come to know is that Check is a film that is based on Prison break and Nithin plays the lead role.

The design of the poster is quite nice and gives a clear idea that the film is going to be an intense thriller like all Chandrasekhar Yeleti films. Produced by Bhavya Creations, the film will go on floors next year. Rakul Preet and Priya Prakash Varrier play the heroines.

Happy and delighted to launch the title and pre look of my favourite director #ChandraSekharYeleti and @actor_nithiin’s new movie. Wishing all the best to #BhavyaCreations pic.twitter.com/bmyT8KPPjy