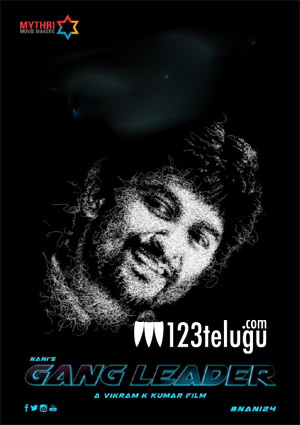 Gang Leader, Nani’s upcoming film under acclaimed filmmaker Vikram Kumar’s direction, is one of the most eagerly awaited movies of this year. The film is said to feature a totally unique story that’s been never seen on the big screen. Gang Leader is scheduled to hit screens on August 30.

A couple of days ago, Gang Leader’s team faced a minor setback when Nani injured his ankle while performing in an action scene. The Natural Star was rushed to a hospital and the doctors had advised him to rest for at least a week. Gang Leader’s next schedule has been planned in New Delhi in a couple of days and Nani is expected to join the sets next week.

However, despite Nani’s injury and the minor delay, Gang Leader is said to be comfortably placed to meet the August 30 deadline. Apparently, the entire shooting formalities will be wrapped up by the first week of July. Priyanka Arulmohan is the leading lady and Anirudh Ravichander is the music composer for the film. Mythri Movie Makers banner is bankrolling the project.