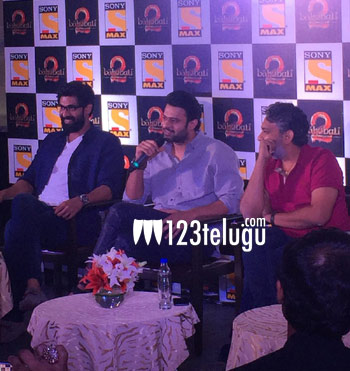 Released in summer this year, Rajamouli’s ambitious magnum opus, Baahubali The Conclusion, went on to gross more than 1,700 crore worldwide. Prabhas, Rajamouli and Rana interacted with the national media today ahead of the film’s Hindi version’s world TV premiere.

Speaking at the event, Prabhas said no movie should be compared with Baahubali and that no filmmaker should try making movies emulating Baahubali. Prabhas made this statement when a journo asked him if his next film will have a universal appeal like Baahubali.