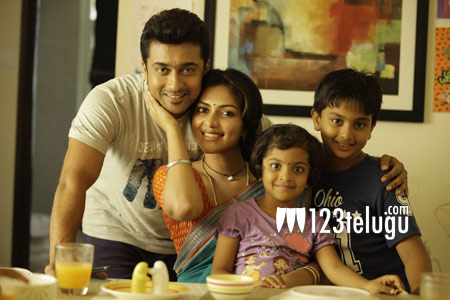 Pasanga-2, the sequel to the super hit children’s film Pasanga was supposed to release in Telugu as Memu. The film was released in Tamil Nadu yesterday but the Telugu version got postponed ahead to January end.

As several Telugu films were slated for a Christmas release, the makers pushed the release. Surya plays a vital role in Memu and produced this flick under his 2D Entertainments. Tollywood producer Joolakanti Madhusudhan Reddy has acquired the Telugu rights of this movie.

Pandiraj, who helmed the previous two films Pasanga and Marina, has directed this one as well. Dusky beauty Amala Paul has made a cameo in this movie.