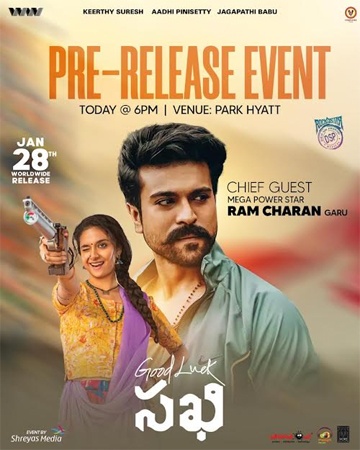 Good Luck Sakhi is a film that is up for release this Friday. The film’s pre-release event will be held today and none other than megastar Chiranjeevi was supposed to grace the event.

As Chiru tested positive, he has requested his son, Ram Charan to attend the event in his place. The makers are quite happy with Ram Charan’s entry.

Good Luck Sakhi is directed by Nagesh Kukunnor and also has Jagapathi Babu in a key role. Keerthy Suresh plays the main lead in this film which is a sports drama.