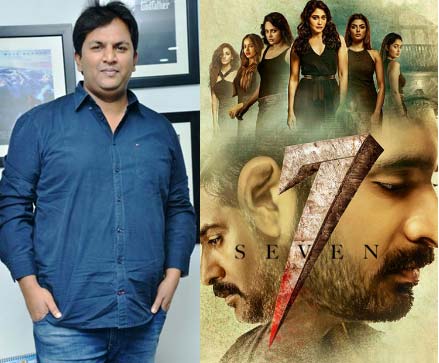 The teaser for young hero Havish’s upcoming romantic thriller, 7, had created a good buzz a couple of weeks ago. The film also features 6 young actresses who will romance Havish. 7 is being directed by Bhale Bhale Magadivoi Nenu Local’s cinematographer Nizar Shafi.

Now, the latest update is that noted film production and distribution house Abhishek Pictures has acquired 7’s worldwide theatrical rights for a cool price. Abhishek Nama will be releasing the film in a huge number of screens on the 5th of June. The film is written and produced by Ramesh Varma.