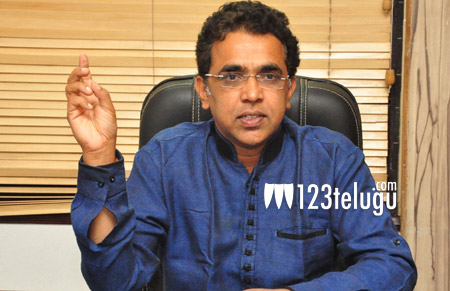 Noted producer, Bekkam Venugopal, who earlier produced successful films like Cinema Choopesta Mava is celebrating his birthday tomorrow. On this eve, he arranged a press meet and announced about his future projects.

Venugopal said that he is going to produce two films this year with debutant directors Harsha and Naresh. He also said that the two projects are going to be family entertainers like his earlier films.

Venugopal is a close associate of star producer Dil Raju who is soon joining hands with him to produce a big film with a star hero.