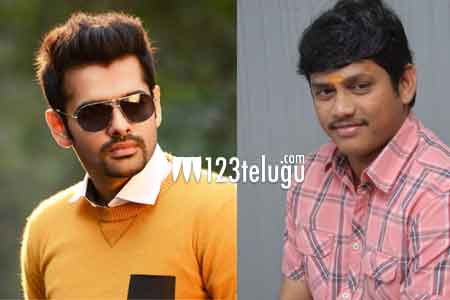 We have reported a couple of days ago that the Kandireega combo, featuring hero Ram and director Santhosh Srinivas, will be back once again for yet another out and out commercial entertainer very soon. Now, latest update reveals that noted production house 14 Reels Entertainment will produce this film.

The film’s shooting will kick-start in a couple of months and the team has already commenced the pre-production work. More details about the film’s story and the cast and crew members will be revealed soon.

Ram is fresh from the success of Nenu Sailaja, while Santhosh Srinivas is keen on bouncing back with a solid hit since his last film, Rabhasa, ended up as a disappointing venture.