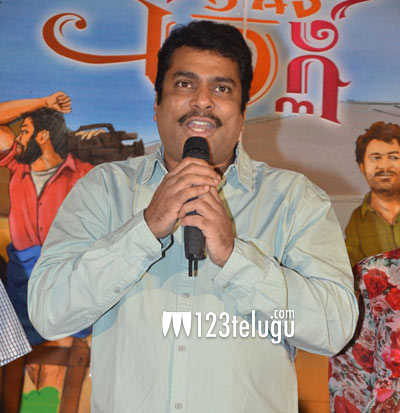 Actor turned writer Harshavardhan, who had earlier worked on movies such as Ishq and Manam, is making his directorial debut with Good, Bad, Ugly. The film is a period romantic drama set in the 80s and it stars anchor Sreemukhi, Tamil actor Kishore and Harshavardhan himself.

Interestingly, Harshavardhan is also composing music for the movie. Today, the film’s first look poster was unveiled at an event. Speaking on the occasion, Harshavardhan revealed that he entered film industry to become a music composer and the he’s glad to realize his dream finally. Bogadi Anjireddy is producing this movie.