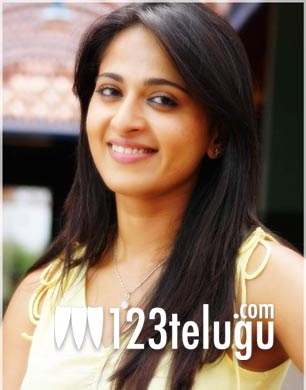 Anushka has won the hearts of millions of Telugu movie lovers with her superb performances and glamour. She became hugely successful with a string of big hits with top heroes. Normally when heroines become so successful, they tend to gravitate towards but Bollywood but this South Indian beauty has stayed away from that trend. Anushka thinks that Bollywood performances should not define a heroine’s success. “Most heroines look to Bollywood after achieving a few hits in the South Indian film industry. Trying to prove themselves there is not wrong, but thinking that acting there in Bollywood is the ultimate thing is not right”, she says.

She continued, “The South Indian market is not inferior. Good movies are definitely in plenty here. Our stories are going to Bollywood and heroine oriented roles are slowly appearing in Tamil and Telugu movies. Bollywood loved ‘Arundhati’ and when we compare the way our directors craft the roles of heroines we are in no way less than Bollywood. While achieving good success in the South Indian industry, there is no need to try and rush into Bollywood”.

Anushka will be seen opposite Nagarjuna in their upcoming movie ‘Damarukam’. She will also be seen in the lead role opposite Prabhas in his project ‘Varadhi’.We should be truly proud of Anushka for having such pride in our industry Having Anushka around in our industry will definitely keep both the media and her fans happy.