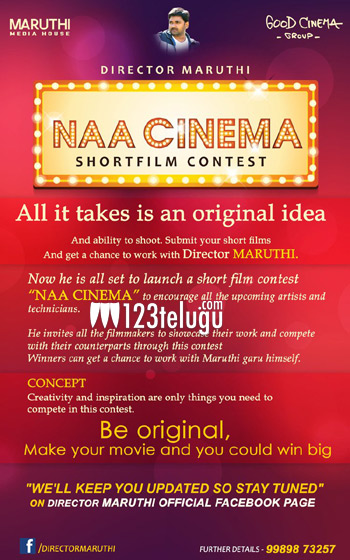 Titled Naa Cinema, this contest will spot the talented filmmakers who will get an opportunity to work with Maruthi. The short films need to be original and creative. More details will be announced soon on Maruthi’s official Facebook page.