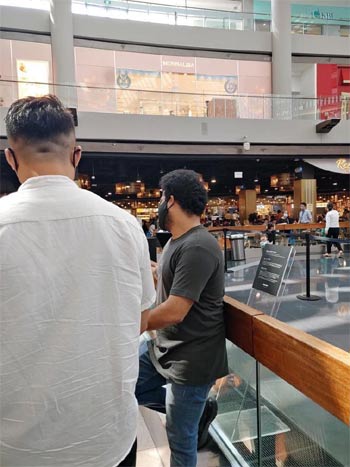 As the shoot is yet to start, he is off on a holiday to Singapore. NTR was spotted in the noted TSMBS mall chilling with his friends and the picture has gone viral.

The star hero will sport a new look for this film which is an action drama. The heroine is yet to be locked for this project. Watch this space for more updates on this project.