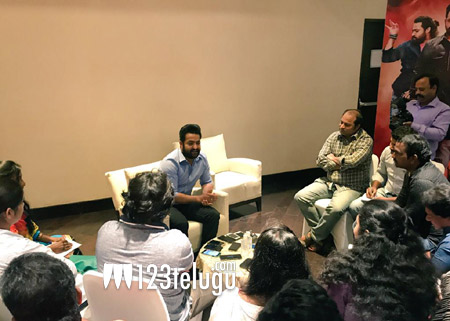 From the past few days, there have been several rumors floating around that post Jai Lava Kusa, NTR will be heading to Malaysia to train himself in martial arts to get a new look for Trivikram’s film.

But the star hero has slammed all these reports in an interview today and said that he will finalize the look only after he speaks to director Trivikram who will brief him about the role and how it should behave.

There is a superb buzz for NTR’s next project as it is the first time that both Trivikram and NTR will join hands. But there is a lot of time for that project to happen and NTR will take a long holiday with his family in the meantime.