NTR is all praises for his Directors and Technicians
Published on Sep 22, 2013 3:50 am IST 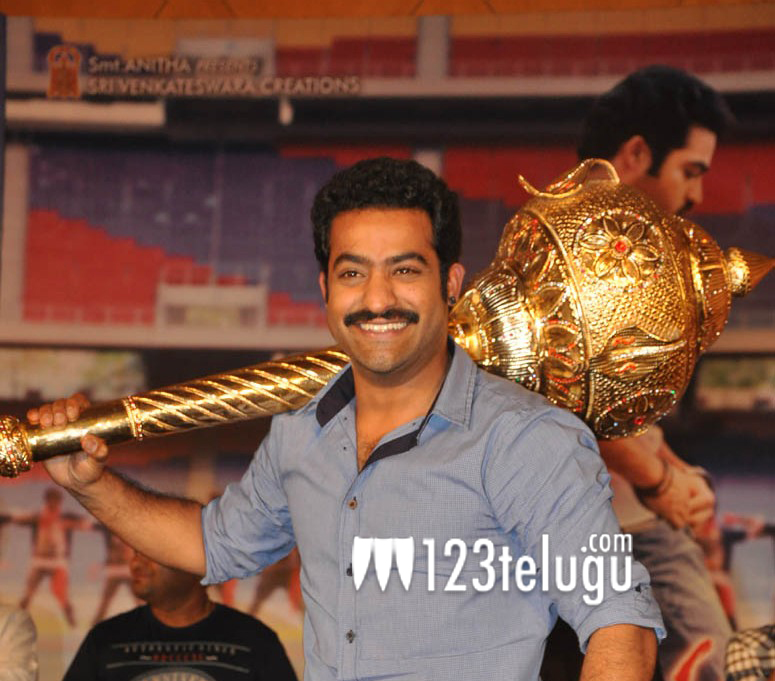 NTR was dashing in his casual attire today at the audio launch of his movie Ramayya Vasthavayya and was even complimented by Rajamouli for the same. The audio function was launched in style in the presence of noted directors and technicians from the industry.

Speaking on the occasion NTR has thanked V V Vinayak, Rajamouli, Vamsi Paidipally and Krishna Vamsi and has elaborately explained the way each of his director showcased him in a different dimension. He has expressed his immense happiness over working with Harish Shankar and has also thanked Thaman for providing wonderful music to the film. He even complimented cinematographer Chota K Naidu for showcasing him like never before in this film.

NTR has however started off his speech on an emotional note by remembering the unfortunate incident that occurred during the audio launch of Baadshah and has explained that it is for the same reason they have celebrated the function in a simple way.