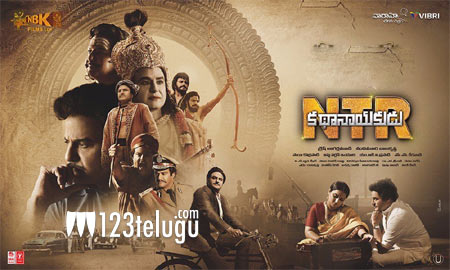 No one would have imagined that NTR Kathanayakudu would turn out to be such a dull affair at the box office. The film received decent reviews but the collections had the other story to tell.

Now, the latest we hear is that the film has crossed the 20 crore mark worldwide and has reached almost its full run. These are very disappointing collections and have brought losses for the distributors as the film was sold for over 65 crores.

Krish directed the film and Balakrishna himself played the legendary actor NTR. Now, all eyes are on the second part of the film NTR Mahanayakudu.