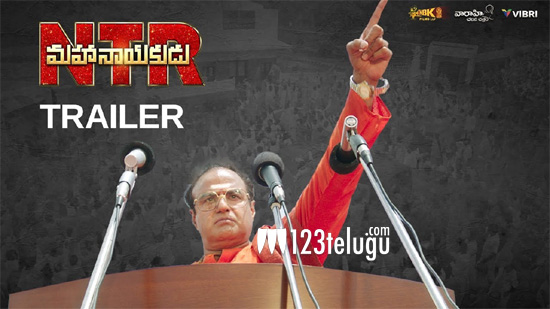 The highly-anticipated theatrical trailer for NTR Mahanayakudu, the second part of the NTR biopic, has been unveiled just a while ago. The 2:18 minute-long trailer is quite intense and dramatic, and it instantly raises expectations on the film.

NTR Mahanayakudu’s trailer kicks-off showcasing NT Rama Rao launching the Telugu Desam Party and becoming the Chief Minister of erstwhile Andhra Pradesh after facing a tough challenge from the then ruling Congress party. The trailer balances NTR’s rise as an iconic politician and the battles he had fought with his opponents, while on the personal front, his wife Basavatarakam slowly losing her fight with cancer.