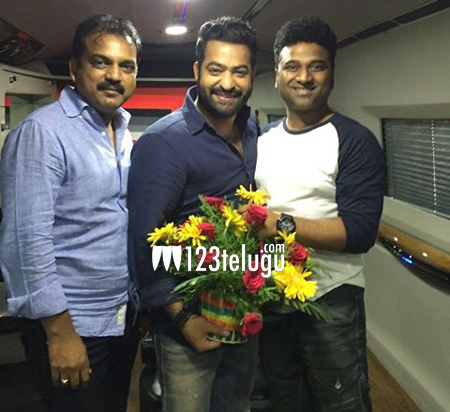 On the eve of Young Tiger NTR’s birthday, his brother Kalyan Ram formally announced the launch of his 27th film, in Vakkantham Vamsi’s direction. “Happy Birthday Nanna”, tweeted Kalyan Ram and released the posters of NTR27.

Vakkantham Vamsi has been waiting for a long time to direct a movie with NTR and he has provided the script for a number of films in the past. Vakkantham penned the story for NTR and Puri Jagan’s ‘Temper’. The movie is going to have a launch in the second half of 2016 and Kalyan Ram will be producing it on NTR Arts banner.

Other details about the movie are still not known.