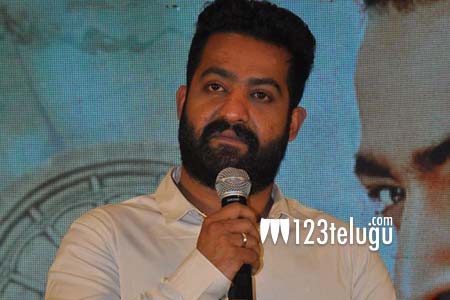 At the success meet of Jai Lava Kusa, NTR Jr took the stage to thank the audience for embracing the film whole-heartedly. The film, which released on September 21, is doing very well at the box-office, and it’s on its way to become one of the biggest hits in the actor’s career.

Interestingly, NTR Jr also took the opportunity to urge film reviewers to give films a chance to live and let the audience decide its fate. “When a patient is in ICU, a team of expert doctors do several tests and only then, they come to a conclusion if the patient can survive or not. In the meantime, their relatives and family members wait anxiously for the result. In the middle of all this, there are few people who kill all hope saying that the patient has no chance to survive. This situation is somewhat similar to how some reviewers are treating films,” NTR Jr said.

He urged the film critics and social media users to give the film a chance to survive, and let the audience decide its fate, before jumping into conclusions right on the first day of the release. “But it’s a democratic country and everyone has the freedom to say what they want to. I’m only requesting people to spare a thought to what impact they are leaving behind because of this urgency to reaching a conclusion,” NTR Jr added. Needless to say, his comments have become a point of discussion on social media, yet again.