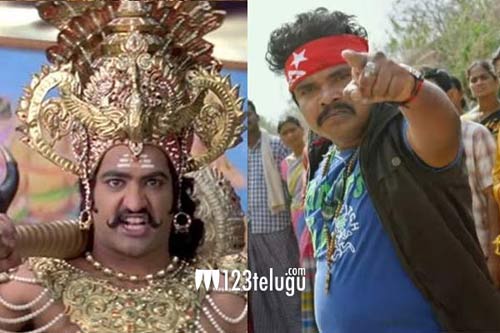 Recently, the main cause of sampoornesh Babu upcoming spoof comedy entertainer, Kobbari Matta, released a video in which the Burning Star wowed everyone with his 3 and a half minute non-stop, single take monologue. The makers even claimed that this is a first ever feat by any actor or a film in the world.

Talking about his record breaking monologue, Sampoo revealed that he was inspired by NTR’s non-stop ‘Any doubts’ monologue from Rajamouli’s Yamadonga before shooting for his scene. Needless to say, Sampoo is quite thrilled with the kind of response the video has been getting.

Kobbari Matta is directed by Rupak Ronaldson and produced by Sai Rajesh. The film is hitting screens on August 10.