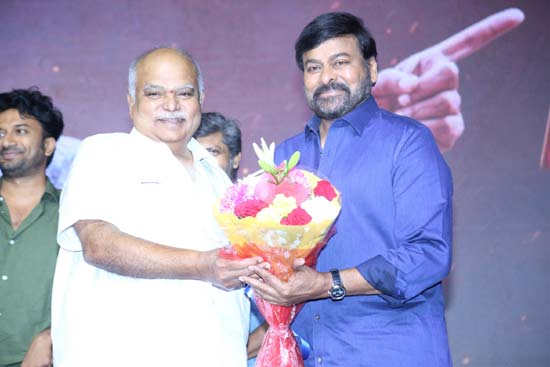 Megastar Chiranjeevi’s GodFather is releasing tomorrow worldwide in a big way. The advance bookings have been opened in almost all major centers. The film’s Pre-release press meet was conducted in a star hotel in Hyderabad today. Chiru, Mohan Raja, and a few of the cast and crew attended it.

Speaking at the event, producer NV Prasad said that there is a surprise element in GodFather that the team wanted to reveal then and there at the event but he stopped the movie team from doing so. He further added that it has to be seen and enjoyed on the big screens only. He stated three scenes, in particular, will make the fans go crazy.