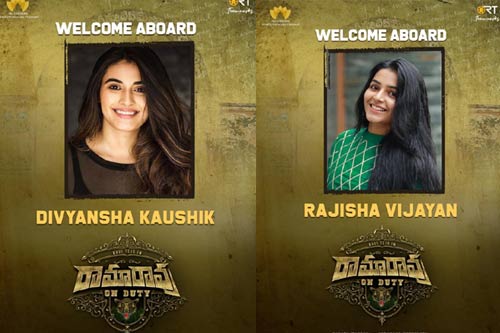 Confirming the ongoing speculations, the makers of Ravi Teja’s highly-anticipated 68th film, Ramarao on Duty, have announced that young Malayalam actress Rajisha Vijayan will be playing one of the female leads in the movie. She has already commenced shooting for her part. Rajisha Vijayan won accolades for her performance in Dhanush’s Karnan earlier this year.

Ramarao on Duty is an intense action drama set in a government office backdrop. Ravi Teja will be seen as an honest government officer in this Sarath Mandava directorial. Already, Majili girl Divyansha Kaushik has been roped in to play one of the leading ladies. Sudhakar Cherukuri’s SLV Cinemas LLP and RT Teamworks banners are jointly bankrolling the project.