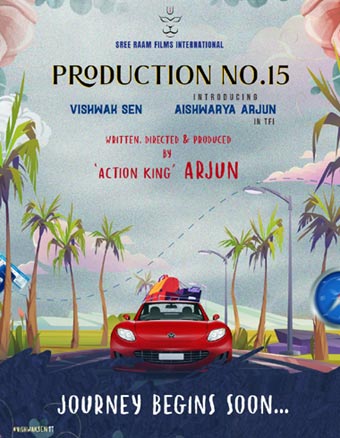 Action King Arjun Sarja, who was last seen in Ravi Teja’s Khiladi, is all set to don the hat of a director after 4 years. For the first time ever in his life, he is directing a straight Telugu movie.

Young talent Vishwak Sen is playing the protagonist in this movie. Arjun’s daughter Aishwarya Arjun is all set to make her Telugu debut with this movie. The makers have officially announced the same online.

Versatile actor Jagapathi Babu is playing a pivotal role in this 11th movie of Vishwak Sen. The movie will be produced by Arjun’s home banner Sree Raam Films International.More details about the movie will be unveiled in the coming days.