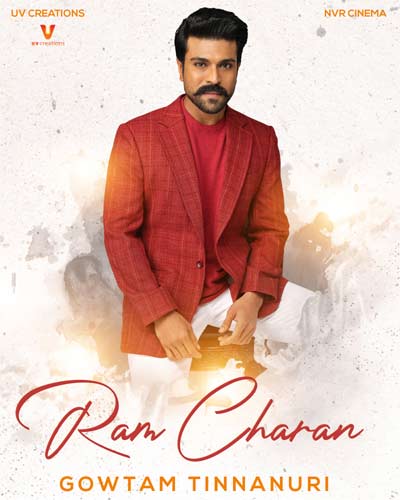 It’s official now. Confirming the months long speculations, the makers of Ram Charan’s next film have officially announced that the actor will be joining forces with Malli Raava and Jersey director Gowtam Tinnanuri. This crazy project will be jointly bankrolled by veteran producer NV Prasad’s NVR Cinema and leading banner UV Creations.

Ram Charan recently wrapped up his maiden pan-India film, RRR. The film is slated for release on January 7, 2022. On the other hand, Gowtam has remade his National award-winning sports drama, Jersey, in Hindi with the same title and featuring Shahid Kapoor and Mrunal Thakur. The film is scheduled to hit the big screens worldwide on December 31, 2021.

More details about the Ram Charan-Gowtam Tinnanuri film’s cast and crew will be out soon. Stay tuned for further details.