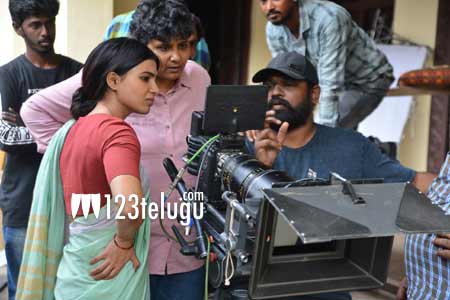 With just a few films, Richard Prasad earned applause for his work and is considered one of the talented Directors of Photography in Tollywood. His work for Swamy Ra Ra, Dohchay, Kotha Janta and Babu Bangaram was well appreciated. Richard is thrilled with the recognition he has received for his experimental work in Samantha’s latest hit, Oh! Baby.

Richard interacted with the media and shared his happiness on the way his work is being noticed. During the interaction, Richard revealed how he had lost out on the opportunity to work for NTR’s Nannaku Prematho. “After they liked my work in ‘Dochey’, NTR garu and Sukumar garu offered me ‘Nannaku Prematho’. The film had to be shot in London. I applied for Visa twice, but it got rejected on both the occasions. Had I been issued Visa, I would have got to work with a big star like NTR garu. Missing out on the project was my bad luck.

Born to a Registrar father and a school teacher mother, Richard was raised in Chennai. He ventured into the film industry after completing a course in Visual Communication and Cinematography. Steven Spielberg’s DP Janusz Kaminski, Christopher Doyle, PS Vinod and Rathnavelu are some of his favorite cinematographers.