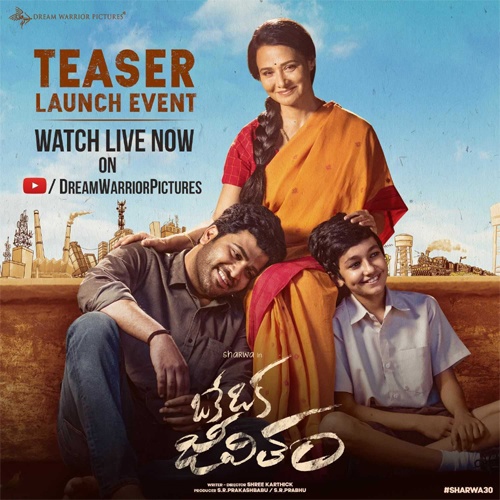 The teaser of Sharwanand’s upcoming movie, Oke Oka Jeevitham, is out today. Directed by Shree Karthick, the sci-fi film has Ritu Varma as the female lead.

The teaser itself is a surprise. It reveals that the lead actor and his gang come from the future with the help of a scientist and his time machine. The teaser is intriguing all the way. Amala Akkineni is simple and lovely as always.

Sharwanand plays a guitarist in this film whereas Vennela Kishore and Priyadarshi appear as his friends. Senior actor Nassar plays the scientist in the movie.

Produced by Dream Warrior Pictures, the time travel entertainer, which is scheduled to release in 2022, is also releasing in Tamil as Kanam.