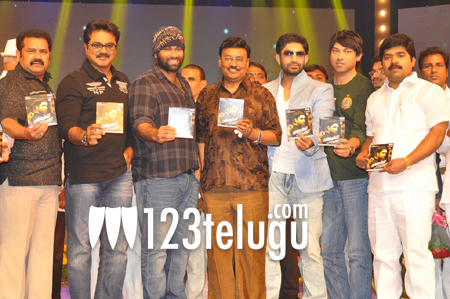 The audio launch of Tv host Omkar’s debut film as a director, ‘Genius’, was held today in Hyderabad. The event was attended by many dignitaries and members of the film industry. Havish is the hero of the movie and the movie is an action entertainer which has student life as a background.

Sanusha and Abhinaya are playing the lead roles in this movie. Popular writer Chinni Krishna has penned the story and Joshua Sridhar composed the music. All the guests applauded Omkar’s efforts and hoped for the movie’s success.