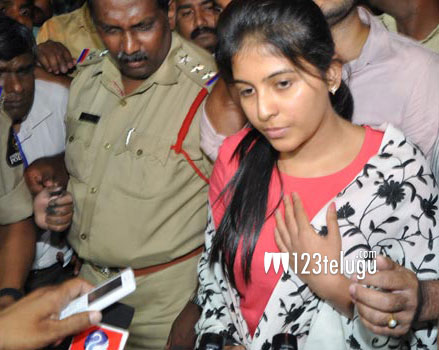 Actress Anjali seems to be going through a pretty rough time right now. The actress and her pinni (aunt) Bharathi Devi have been fighting a very bitter and public battle. A new petition was filed in a Family Court by Mrs. Bharathi Devi, seeking 50,000 Rupees per month as monetary compensation from Anjali.

Bharathi Devi claimed that she spent a lot of money to raise Anjali and make her an actress. She is now seeking compensation for the same. The Court has scheduled the next hearing for August 14th.

Anjali is currently busy with the shooting of ‘Gol Maal’, which has Venkatesh and Ram as the heroes.