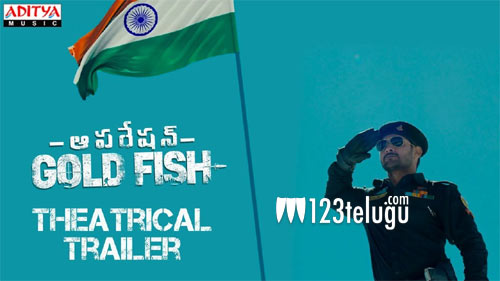 Sai Kiran Adavi is back with his new film Operation Gold Fish. The trailer of the film was launched today and by the looks of it, the film is going to be a patriotic drama.

The setup and scale of the film look quite realistic and every character has been elevated well. Aadi plays this army commando who is entrusted with the special mission.

The film deals with the sensitive issue of Kashmir. Writer Abburi Ravi is playing a dreaded terrorist in this film which has some very talented actors.

The action sequences look superb and things have been nicely set up for a hard-hitting action thriller. The film is up for a release on the 18th of this month.