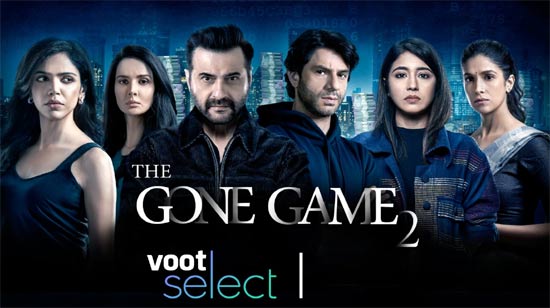 The trailer was very gripping and all the cast were fabulous in their roles. The second season continues with the search for Sahil and it is about the new threats the Gujral family is going to face. It explores the post-pandemic world where secrets of lockdown will be exposed.

Actor Sanjay Kapoor commented that season 1 of the show has received a lot of appreciation and season 2 would be even better with unexpected twists. The series is directed by Abhishek Sengupta. Gone Game 2 has five episodes that will stream from July 7 on Voot.

Deceit and manipulations run in this family, but who’s the mastermind in this much darker game? India’s First Pandemic Thriller is back for another season and murder is in the cards for the Gujrals! #LetTheGameBegin. #TheGoneGame2 streams from 7th July on #VootSelect pic.twitter.com/bvsf3T0xoZ