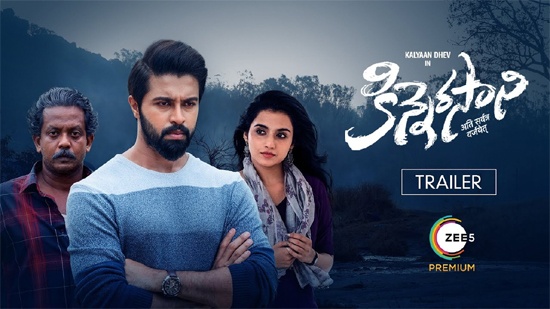 Megastar Chiranjeevi’s son-in-law Kalyan Dev will be seen next in Kinnerasani. Directed by Ramana Teja, the romantic thriller’s trailer has been released today.

The well-cut trailer has given no detailed info about the story but reveals the theme of the movie that having anything in excess of amount will lead to problems. The intense trailer is a pack of different sequences from the past, present and future, and one needs to watch the main movie to get a clear picture.

The movie has Ann Sheetal as the female lead. Kinnerasani also has Ravindra Vijay, Satya Prakash, Shan, Sreya Tyagi and others in key roles. Produced by SRT Entertainments and Shubham Entertainments, the movie will be premiered on ZEE5 on June 10, 2022.