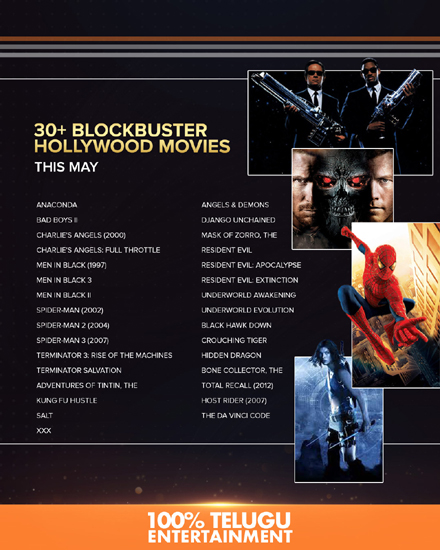 Aha, the most popular Telugu OTT platform, has promised its users that it will entertain them with new and unique entertainment every Friday. The platform has come up with another interesting update.

So far, Aha has dubbed and released many Tamil and Malayalam movies on its platform. This May, Aha has decided to drop more than 30 Hollywood movies in Telugu. The titles include Anaconda, Spider-Man franchise, Men In Black franchise, Salt and many more hit films. However, the release dates are yet to be revealed.

Aha is trying its best to bring good content under one roof that too in regional language. The platform will add more titles in the near future. Keep checking this space for more OTT updates.