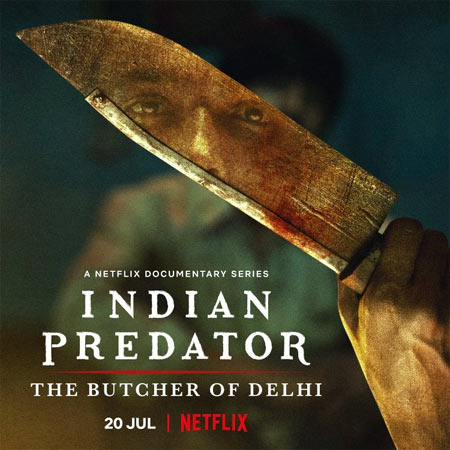 The global OTT giant Netflix announced the release date of its Indian docu-series titled ‘Indian Predator- The Butcher Of Delhi’. This docu-series will be available for streaming from July 20. Netflix has also released the trailer of this documentary series.

This trailer showcases a cold-blooded serial killer in Delhi who commits multiple horrifying crimes in different parts of the city making it difficult for the Police to get rid of him. The murderer plays a cat and mouse game with the Police by leaving notes beside dead bodies thereby challenging them to catch him.

We also get to see a glimpse of officials who helped in solving this case. The trailer is gripping and very intense. It is based on a real-life bone-chilling crime story that shook the country’s capital. This docu-series is directed by Ayesha Sood.