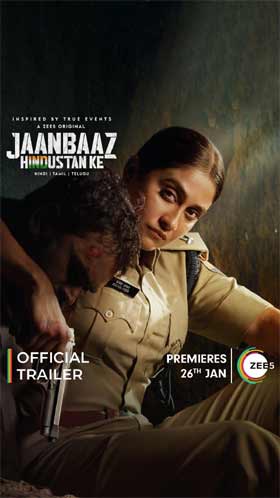 A few days ago, we reported that the actress Regina Cassandra will be seen next in a web series called Jaanbaaz Hindustan Ke. She is playing a powerful IPS officer in this series, which is being filmed based on true incidents.

ZEE5, which has the series’s premiere rights, took to its official social profiles and released the trailer. Regina looks terrific in the role of an IPS officer, who is on a mission to find out the culprits who planned a series of blasts. Alongside, ZEE5 also announced that the series will premiere on January 26, 2023.

Directed by Srijit Mukherji, the web series also has Barun Sobti, Mita Vashisht, and Sumit Vyas in key roles. The series will be available in Hindi, Telugu and Tamil. Keep watching this space for more latest OTT updates.