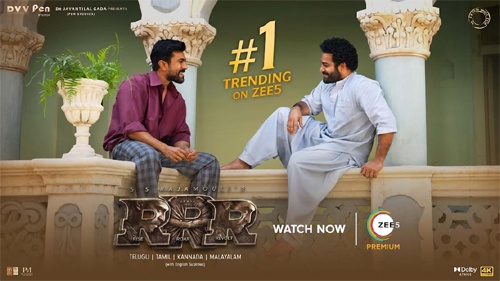 The latest news is that the movie, which made its digital debut on May 20, 2022, has been receiving a massive response from audiences and the movie (all languages) has clocked more than 1000 million (1 billion) in 10 days. This is huge for any film released recently on ZEE5.

Alia Bhatt, Ajay Devgn, Samuthirakani, Olivia Morris, Shriya Saran and others are also a part of the film, produced by DVV Entertainment on a grand scale. MM Keeravaani has composed music for this movie.