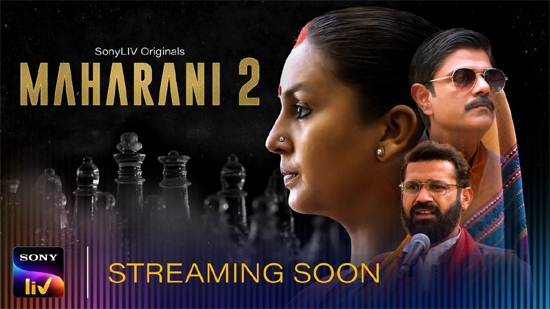 Recently, the streaming platform Sony liv, has been releasing a lot of content some of which have been critically acclaimed. Today, the teaser of Huma Qureshi starrer Maharani Season 2 was launched.

The actress returns as CM Rani Bharati in the new installment. Going by the teaser, it seems that makers have added a huge faceoff between Rani and her husband Bheema Bharati and this might be the crux.

The streaming date is yet to be locked. Sohum Shah, Amit Sial, and Kani Kusruthi play the key characters. Karan Sharma helmed this web show which is partly inspired by a few incidents that took place in Bihar’s former CM Lalu Prasad Yadav’s life.