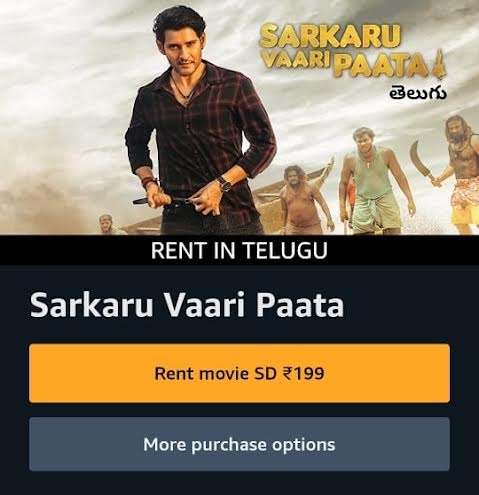 Sarkaru Vaari Paata, starring Superstar Mahesh Babu and Keerthy Suresh, was released in theaters on May 12, 2022, and became a blockbuster hit. Directed by Parasuram Petla, the movie is in the news again.

The latest news is that the movie is now available to stream on the leading OTT platform Amazon Prime Video. But, to watch the movie, you need to pay Rs. 199. It means you can watch the film on the pay-per-view (PPV) model for now.

Nadiya, Samuthirakani, Naga Babu, Vennela Kishore, Subbaraju, Brahmaji and others are also a part of this super hit flick, produced by Mythri Movie Makers, GMB Entertainment and 14 Reels Plus. Thaman S has composed music for this movie.