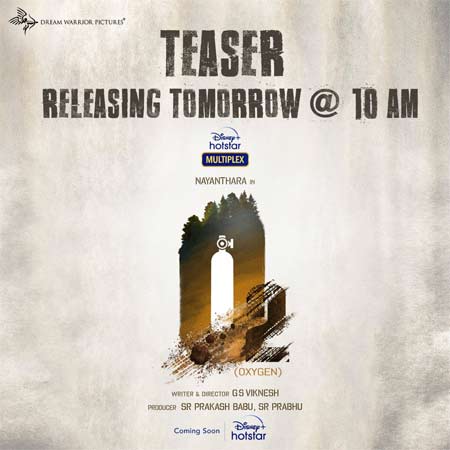 Kollywood star heroine Nayanthara is currently basking in the success of her latest movie Kaathuvaakula Rendu Kaadhal. Now, the actress has made the headlines again because of her next.

A few days ago, Disney Plus Hotstar has announced that it’s going to release the Lady Superstar’s next film, O2, which will be released directly on its platform soon. Now, the latest news is that the teaser of the film will be released tomorrow at 10 AM.