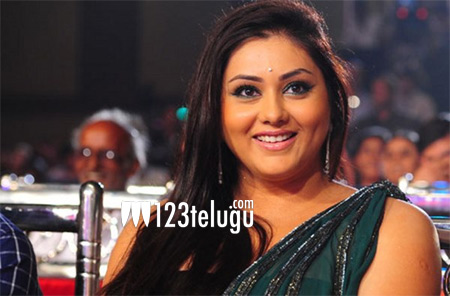 It was earlier reported that Gemini and Simha actress Namitha has plans to launch her own OTT platform named Namitha Theaters. During her recent visit to Tirumala, Namitha told the media that her OTT platform will be launched very soon.

During her media interaction, Namitha also revealed that she is planning to launch her own production house named Namitha Film Factory. She said that she will produce content oriented movies made by young and aspiring filmmakers. Namitha will next be seen in a film, titled Bow Bow. The film is slated for release very soon. Namitha had entered politics ahead of general elections in Tamil Nadu and joined the BJP.