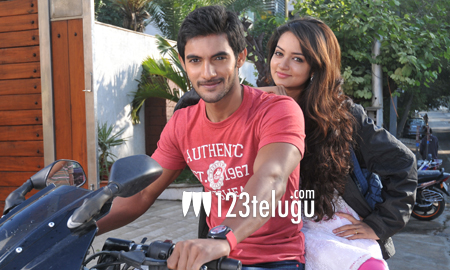 Aadi, Shanvi starrer Pyar Mein Padipoya is in the final stages of shooting. Already, the film’s talkie portion has been wrapped up and only the songs have to be shot now. Ravi Kumar Chavali is directing the film and it is being produced by K K Radhamohan.

Currently, a romantic song is being canned on Aadi and Shanvi in Ramoji Film City and it is going to be wrapped up by this weekend. And then the team would move to Ramanaidu Studios in Nanakramnguda to shoot the introduction song on Aadi from March 3 onwards. “After these two songs, we are planning to shoot two more songs soon and with that the entire film’s shooting will be wrapped up. We are confident that Aadi will score yet another hit with this film,” the producer said. Buzz is that Aadi is playing the role of a musician in the film and it is said to be a romantic entertainer.

Anup Rubens is scoring the music and T Surendra Reddy is the cinematographer.