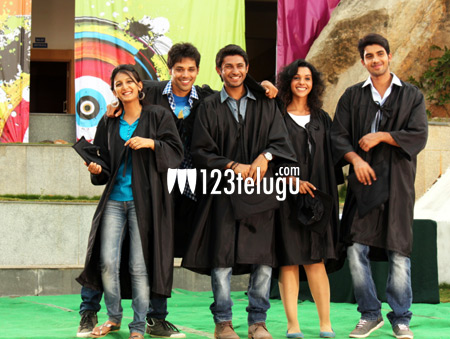 Yet another beautiful story of five young friends has now come up in the form of Paatshala. Based on the journey of five classmates who do not want to leave behind their college days, this film is slated to release soon.

The makers are planning to release this film in July end or August first week. Paatshala has young actors like Sai Ronak, Anupriya, Nandu, Sirish, Sashank and Hamood.

Moon Water Pictures, who made the successful Vinayakudu and Kudirite Cu Coffee, are the production house behind this flick and Mahi V Raghav is the director.