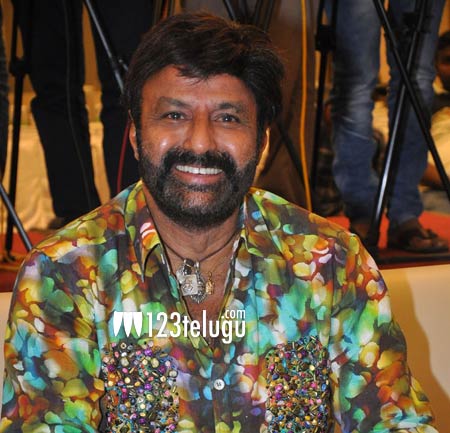 The audio album success meet of Nandamuri Balakrishna’s much-awaited action entertainer, Paisa Vasool, was held in style in Hyderabad tonight. Speaking at the grand event, Balayya said that Paisa Vasool is like a relaunch film for him after acting in 100 movies.

Balayya went on to say that every actor faces a litmus test while chosing movies that challenge them. He said that he has acquired the penchant for doing different roles from his father, the legendary NT Ramarao. Balayya also thanked Shriya, Puri Jagannadh and other cast and crew for being part of the movie.