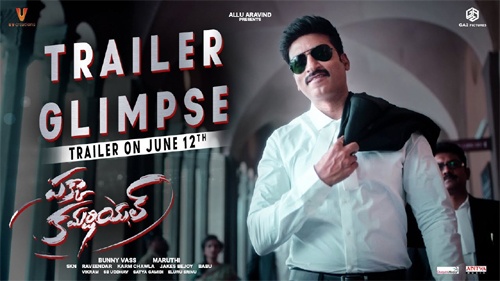 Actor Gopichand is coming up with a comedy entertainer Pakka Commercial. Directed by Maruthi, the movie has Raashii Khanna as the lady love of Gopichand.

Today, the makers have released a video glimpse to announce the release date of the trailer. The trailer promo is innovative and the full trailer will be released on June 12, 2022.

Sathyaraj, Srinivas Reddy, Rao Ramesh, Anasuya Bharadwaj, Saptagiri played key roles in this movie. Produced by UV Creations and GA2 Pictures, the movie will be out in theaters on July 1, 2022.