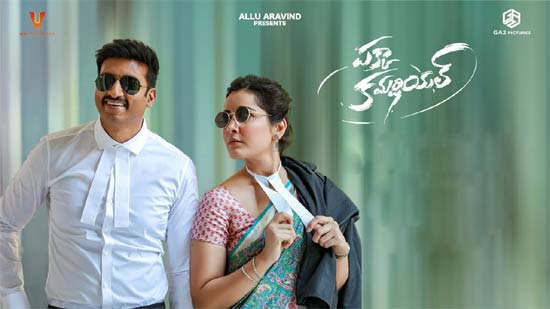 Pakka Commercial is a film that many are waiting for as Gopichand and Maruthi have teamed up for the very first time in their careers.

We had already reported that AHA has grabbed the digital rights of the film. Now, the news is that Netflix has also grabbed the OTT rights.

As per the news, the film will be out five weeks after its theatrical release on Netflix and AHA. Raashi Khanna is the heroine of this film produced by Bunny Vas.