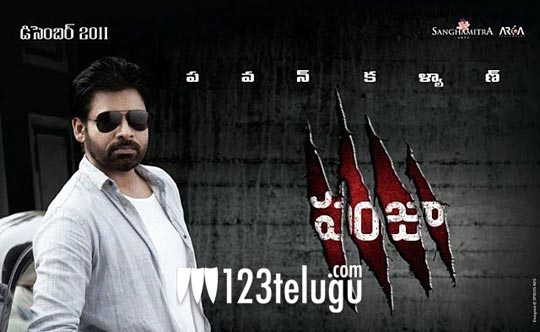 Pawan Kalyan’s Panjaa mania is touching new heights as time goes by. The film’s audio launch is going to be held on November 19 in Gachibowli Indoor stadium and a week before the audio launch, the producers have decided to give something to the fans to cheer about. Panjaa’s merchandise like t-shirts and caps are going to be sold across the state.

The producers have tied up with Basic Life stores and the merchandise will be available in major cities and towns like Hyderabad, Vizag, Vijayawada, Tirupati, Warangal, Bhimavaram, Rajahmundry and other places. Pawan Kalyan, Sarah Jane Dias and Anjali Lavania are playing lead roles in this film. Vishnu Vardhan has directed the film.

Shobu Yarlagadda, Neelima Thirumalsetty, Nagesh and Prasad Devineni have jointly produced the film. Yuvan Shankar Raja has composed the music. The film is going to release on December 9.